Ylan Mui McClintock '02 is a Washington, D.C., Correspondent for CNBC 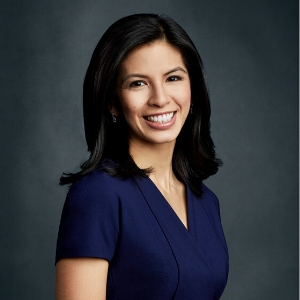 School of Communication and Design alumna Ylan Mui McClintock ’02 has worked as a broadcast news correspondent in CNBC’s Washington, D.C. bureau since 2017. Ylan specializes in economic news and policy, and her reporting is featured on television and CNBC’s digital platforms.

“I grew up in Chalmette and attended Dominican High School, so Loyola was a no-brainer for me!” says Ylan. “I knew in high school that I wanted to go into journalism, and I knew that Loyola had one of the best communications programs in the South.”

Ylan majored in communication and became a columnist for The Maroon in her freshman year. She then went on to create The Maroon’s first website and head up the paper’s news section. While at Loyola, she also worked at The Times-Picayune as an editorial assistant and obituary writer during the school year. Over summers, she performed internships at The Star Tribune in Minneapolis and The Washington Post.

Upon graduation from Loyola, Ylan accepted a full-time position at The Washington Post and has worked in the D.C. area ever since. While at The Post, she covered financial news and economics, from the 2008 Great Recession to Brexit to White House economic policy.

In 2017, Ylan entered broadcast journalism and joined CNBC as a Washington correspondent. “Now I roam the marble hallways of Capitol Hill and traverse the country in search of stories that illuminate policy decisions that matter to voters and investors,” says Ylan. “I love journalism because every day is an education in the world we live in, and my training at Loyola set me on the path to success!”

Ylan is a member of the Asian American Journalists Association (AAJA) and is a past vice president of the AAJA Washington, D.C. chapter. Hear Ylan discuss her career and work in broadcast journalism here.