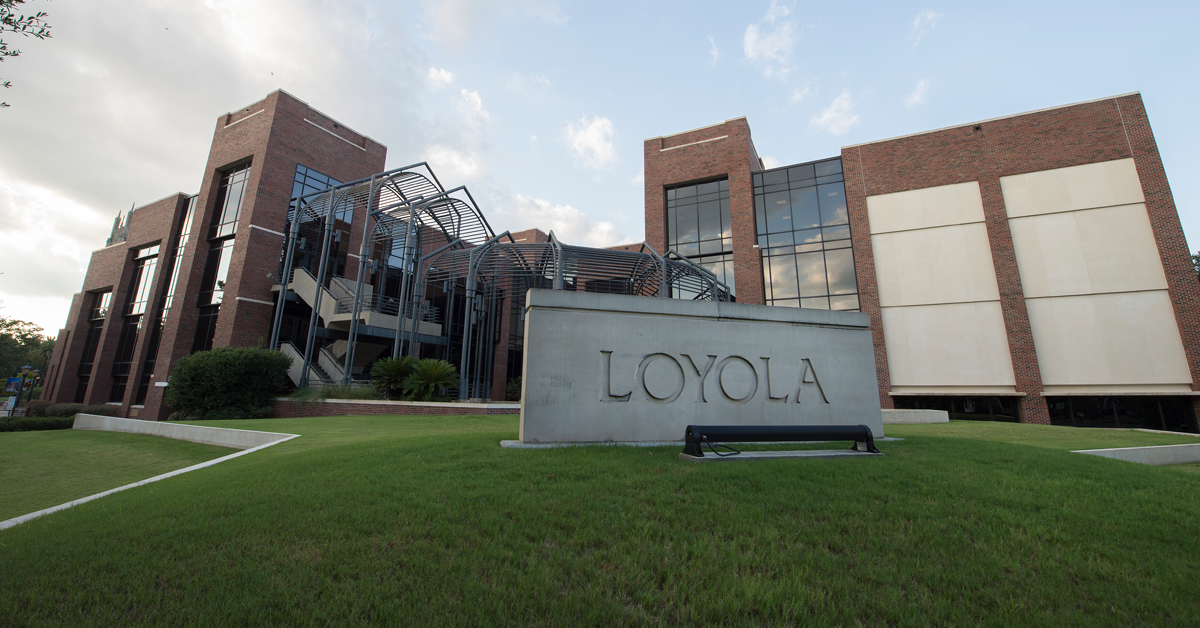 Transformative renovations to Loyola University New Orleans’ J. Edgar Monroe Memorial Hall will be on display this week at an open house and rededication ceremony, spotlighting new and traditional academic majors, as well as investment in science, engineering, technology and mathematics (STEM). The recently completed three-year project brings an additional two floors and 114,000 square feet, improving classroom and meeting space in the building.

"This renovated facility is a symbol of what is possible, as it stands an example of the alignment of vision, planning, and teamwork," said Loyola University New Orleans President Fr. Kevin Wm. Wildes, S.J. "And, it stands as both a reflection of our heritage and a standard for our future."

Headlining the two-day event will be Brother Guy Consolmagno, S.J., whom Pope Francis appointed new director of the Vatican Observatory Sept. 18. An astronomer and planetary scientist, Consolmagno will kick off the academic year’s Presidential Guest Series with a talk at 7 p.m. Wednesday, Oct. 7 in the building’s Nunemaker Auditorium, entitled “Exploring New Worlds, from Peru to Mars: Jesuits and Science.”

Brother Consolmagno's lecture will be livestreamed on the university website.

Forty percent of undergraduate classes at Loyola take place in Monroe Hall, a center of learning at Loyola for more than 45 years. The J. Edgar Monroe Memorial Science Building was built in 1969, doubling then-classroom space and providing up-to-date-laboratories and facilities for chemistry, physics, mathematics and science, according to Loyola Professor Emeritus of History Bernard J. Cook.

Recently, with help from private donors, including the J. Edgar Monroe Foundation and the Edward G. Schleiter Foundation via the university’s ongoing Faith in the Future campaign, Monroe Hall received extensive renovations and rehabilitation bringing new chemistry, physics and biology laboratories to Loyola’s College of Humanities and Natural Sciences, as well as a state-of-the-art 3,000-square-foot rooftop greenhouse made possible by The Azby Fund, a local philanthropic organization.

An open house, which runs from 6 to 7 p.m. Wednesday, Oct. 7 includes a tour of Monroe Hall replete with interactive demonstrations:

On Thursday, the Loyola community will gather at 12:30 p.m. for a formal rededication and blessing of the building, and self-guided tours.

Media tours are possible on request.

Prospective students can see Monroe Hall on campus tours this fall ― and at a Fall Open House, slated Saturday, Nov. 14.

03-31-19
Achievements, College of Arts and Sciences