By Loyola University on Wed, 08/29/2018 - 11:26 AchievementsCollege of Arts and SciencesPress Releases 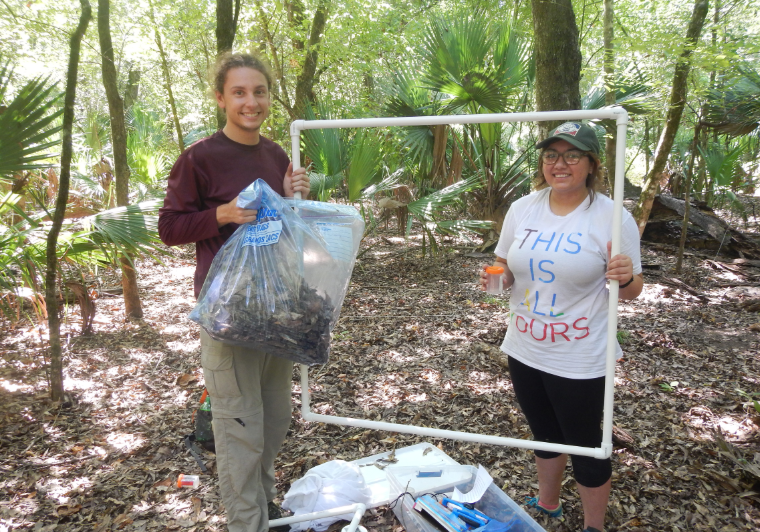 Loyola University New Orleans biology student Michael Pashkevich of Mandeville, La. has won a 2016 Goldwater Scholarship. Pashkevich is one of two students from Louisiana to receive the elite award, which recognizes top students who wish to pursue scholarly research in the sciences, mathematics and engineering and brings recipients one- to two-year scholarships valued up to $7,500. The national scholarship will support Pashkevich’s ongoing and future research on arachnids, conducted at Loyola under Assistant Professor of Biology Aimee Thomas.

“What makes Loyola unique is that our STEM students have the opportunity to engage in scholarly research at the undergraduate level,” said Thomas. “Our students are actively pursuing research on topics ranging from developmental biology to ecosystem ecology.”

Pashkevich―a biology major, medieval studies minor, Ignatian Scholar and member of Loyola’s elite University Honors program―was selected from a highly competitive pool of 1,150 mathematics, science and engineering students for the 2016 Goldwater Scholarship. The scholarship was awarded to 252 men and women―virtually all of whom intend to obtain a Ph.D. as their degree objective. Students considered were nominated by institutional representatives of 415 colleges and universities nationwide.

Pashkevich’s ongoing honors thesis research is assessing the effects of white-tailed deer herbivory on the diversity and species richness of spider communities in a southeast Louisiana bottomland hardwood forest. From July–October 2015, he sampled two plots, one exposed to white-tailed deer herbivory and the other exclosed since 2006, using four collection techniques. Pashkevich sampled monthly―at various times of day and night―to access all subsets of the present spider communities. Currently, Loyola researchers are identifying more than 1,000 preserved spiders which they will use to approximate the overall diversity and species richness of the regional spider communities.
“As I intend to research tropical spiders for my postgraduate degrees and professional career, this project has enabled me to practice the field and laboratory skills needed to succeed as a population ecologist,” said Pashkevich, who is currently studying abroad in Scotland, where he is pursuing additional scholarly research. “As I'm sure you can imagine, I'm thrilled about the scholarship and am so grateful for all the wonderful mentorship and support I received from the professors who assisted with my application.”

The Barry Goldwater Scholarship and Excellence in Education Program was established by Congress in 1986 to honor Senator Barry Goldwater, who served his country for 56 years as a soldier and statesman, including 30 years of service in the U.S. Senate. The Barry Goldwater Foundation aims to provide a continuing source of highly qualified scientists, mathematicians, and engineers by awarding scholarships to college students who intend to pursue research careers in these fields.

“The Goldwater Scholarship is arguably the most prestigious award given to undergraduate science students and is seen as a pathway into elite graduate programs and other top awards,” said Loyola’s National Fellowships Advisor Carol Ann MacGregor. “The goal of the Goldwater program is to encourage the development of highly qualified scientists.”

Loyola's last recipient of the Goldwater, in 2011, was Leah Birch, a mathematical sciences student who is now a graduate student at Harvard University. Recent Goldwater Scholars have been awarded 86 Rhodes Scholarships, 125 Marshall Awards, 134 Churchill Scholarships and numerous other distinguished fellowships such as the National Science Foundation Graduate Fellowships.

Loyola University New Orleans is a Catholic, Jesuit university located in the heart of the picturesque Uptown neighborhood of New Orleans. For more than 100 years, Loyola has helped shape the lives of its students, as well as the history of the city and the world, through educating men and women in the Jesuit traditions of academic excellence and service to others. Loyola’s more than 40,000 graduates serve as catalysts for change in their communities as they exemplify the comprehensive, values-laden education received at Loyola.