Grant O'Brien ’11 Appointed to the EPA 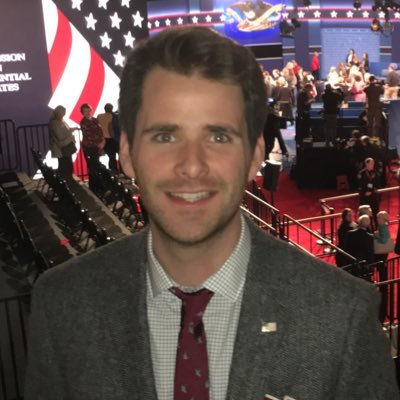 Grant O’Brien ’11 has been appointed to the Environmental Protection Agency’s Office of the Administrator in the Biden-Harris administration. In his role as Advance Specialist for the EPA, O’Brien plans, coordinates, and executes domestic and international travel for the agency in alignment with White House and EPA priorities.

A Chicago native and life-long pianist, O’Brien was originally drawn to Loyola by the College of Music and Media’s Thelonious Monk Institute. During his first year, however, he changed his major to political science. “When I was at Loyola” says O’Brien “James Carville gave regular talks on campus, and that piqued my own interest in politics.” Political science professors Dynia, Renwick, and Raabe were all important educational influences for O’Brien. “And Professor Peter Burns' Introduction to American Government was transformational for me.” O’Brien performed a number of internships as a Loyola undergraduate, spending his summers working in the Capitol and for a Chicago-based lobbying firm.

Living in post-Katrina New Orleans was a formative experience for O’Brien as well. “It’s a rare opportunity to watch a city rebuild itself from the ground up in the way that New Orleans did,” he says. “Having witnessed it first hand, I feel a really special attachment to the city.”

After graduating from Loyola, O’Brien went on to obtain an M.B.A. from DePaul University and an M.P.A. from Cornell University. He began his career as a White House Advance Associate for the Office of the Vice President in 2009 and has supported a number of presidential, senatorial, and gubernatorial campaigns and administrations. “My position as a political appointee to the EPA helps ensure that the Biden Administration can fulfill its commitment toward building a modern, sustainable infrastructure and an equitable clean energy future for all Americans,” says O’Brien. He continues to play piano as well, and (until his recent appointment) had performed with and helped manage a successful Motown / Stax Records band business for nearly eight years.