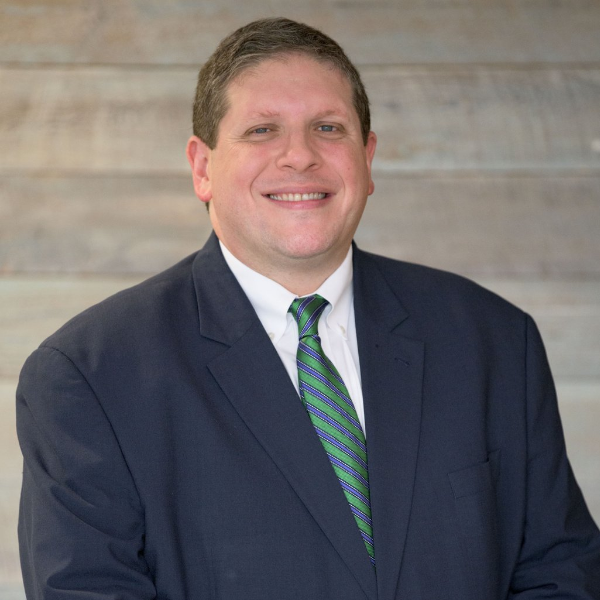 College of Music and Media alumnus Dominic Massa has been named executive vice-president and chief operating officer of WYES-TV in New Orleans.

A native of the New Orleans area, Massa attended Jesuit High School and was drawn to Loyola’s College of Music and Media’s strong communication program, particularly its role in the founding, growth, and operation of WWL-TV and WWL Radio.

Massa began working at WWL-TV the summer before he started Loyola and was soon given a position there as a newsroom desk assistant. At Loyola, he majored in broadcast journalism and also wrote for The Maroon, thereby receiving both classroom instruction and on-the-job training in his chosen field. Upon graduation in 1998, he was honored as the top broadcast journalism student in his class.

Over the course of a 27-year career at WWL-TV, Massa worked his way up to the leadership ranks of the organization by serving as associate producer, newscast producer, and executive producer for special projects. He also has decades of experience volunteering and working at WYES-TV, the city’s PBS affiliate.

“My appreciation for the role WYES plays in our community has only grown during my 30 years of being associated with the station,” says Massa. “I am particularly proud of its role as New Orleans' storyteller."

Massa shares that one of his most meaningful experiences at WYES has been working with Peggy Scott Laborde on the Steppin' Out arts and entertainment program and serving as producer for many local projects: "I have been fortunate to work on so many of the station's cultural and historical documentaries alongside Peggy Scott Laborde. Those programs are enormously popular and have done so much to preserve and document the area's history.

Massa has big ambitions for his new roles at WYES: "One of my goals in my new position is to strengthen and expand our commitment to local programming. WYES President and CEO Robin Cooper and I are both taking the helm at WYES at a time of real transformation in both public and digital media. While that presents challenges as the audience becomes more fragmented, it also offers some real opportunities for using technology to reach new audiences in different ways. WYES has always been more than just a place on the dial, and with the changes and updates in technology, we intend to capitalize on that and deliver content to our audience in ways that are most convenient and appealing to them.”