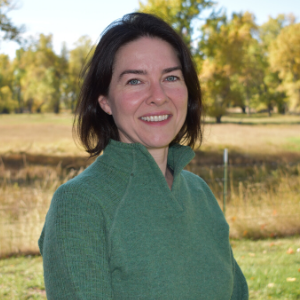 Awarded by the Heising-Simons Foundation, the American Mosaic Journalism Prize is a monetary award given annually to two freelance journalists in support of exemplary independent reportage. The 2020 Judging Panel described “Mireya’s Third Crossing” with the following statement: “Darcy Courteau’s immersive reporting beams with authenticity and compassion, in particular as she relays a woman’s traumatic attempts to immigrate to the United States and live with her U.S.-born husband and children. Ms. Courteau’s commitment to following this story over time and by any means necessary results in an intricate narrative that is haunting, devastating, and deep in its humanity,”

Darcy grew up in the Ozark Mountains in rural Arkansas. After high school, she spent several years working and travelling before enrolling at Loyola in 1999. Darcy studied English writing and for her, Loyola was "a perfect fit." She graduated in 2003 and then earned an M.F.A. in fiction writing from Arizona State University. Darcy is a now a professional journalist and photo essayist who documents rural and urban life.

While her long-form essays are nonfiction, Darcy says that poetry and storytelling runs through all of her work. “[A] course at Loyola in reading poetry taught me how to write documentary stories—first you note, with fanatical attention to detail, what is happening in a situation, and then you look for the underlying metaphors and repeating, ‘rhyming’ images and actions, and then you get it on the page. And so a backcountry dogsledding trip in Alaska becomes a story about solitude, and a Mexican migrant’s journey to get legal residency in the United States I pattern on her three border crossings.”

Her work has been published in The Atlantic Monthly, Oxford American, The Washington Post Magazine, and The American Scholar. Darcy has received several grants from the D.C. Commission for the Arts & Humanities, and is a visiting fellow at various artist colonies, including the MacDowell Colony in New Hampshire and Ucross in Wyoming.