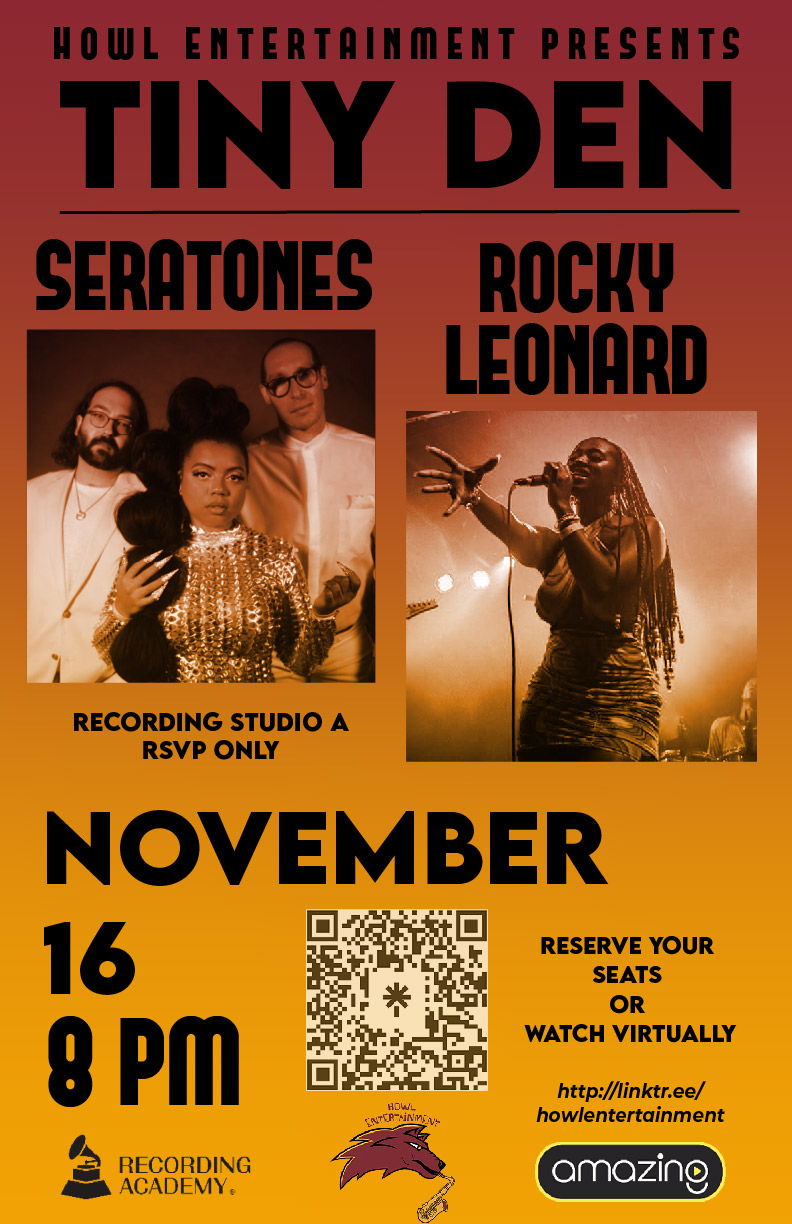 This monthly series will be an homage to the incredibly successful NPR Tiny Desk program, which will feature student, local, and national talent in collaboration. Produced in conjunction with Grammy U and hosted in Loyola University College of Music’s Recording Studio A, these performances will have an intimate live audience as well as a larger online audience thanks to Amazing TV.

The evening will feature The Seratones and Rocky Leonard:

Shreveport, Louisiana-based funksoul-rock group, the Seratones will kick off our series. Known for social activism and advocacy, frontwoman AJ Haynes incorporates powerful messages into the band's work. After winning the NPR Tiny Desk contest, their performance aired in April of 2016 and currently stands at over 300k views.

21-year-old Loyola student and Houston native Rocky Leonard has had a passion for music from an early age. Growing up in church, she developed the ability to make music that resonates with her supporters, and unveils the realest and rawest parts of themselves. As an R&B and Soul singer/songwriter/performer she provides an experience on stage that leaves her supporters vulnerable, and accountable while maintaining a safe space for everyone.

This performance will be held in Loyola University's Recording Studio A. This Studio features seating for an intimate audience of up to 20 people during the performance during the recording session. This space also allows our student engineers and videographers to capture high quality audio and video for broadcasts.

For more information about this series, you can email loynohowl@gmail.com