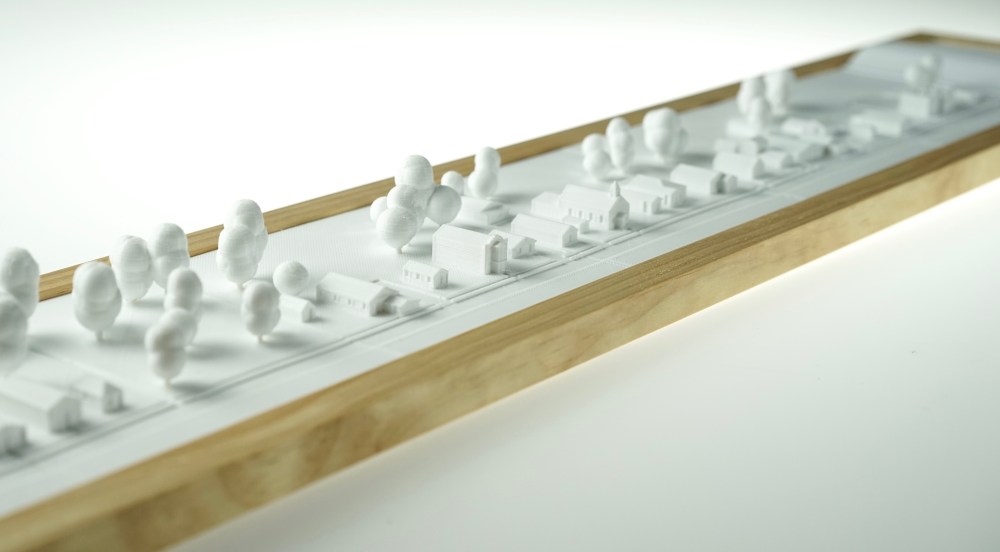 John Seefedlt created a 3D model of the Black American community of Fazendeville that was demolished in the late 1960s in order to disenfranchise the community during desegregation. Fazendeville was located on land that had been a portion of the battlefield of The Battle of New Orleans, between the Chalmette National Cemetery and the Chalmette monument.

In 1854 the land was listed as part of the succession of Jean Pierre Fazende, a “free man of color”, and was inherited by his son of the same name. At the end of the American Civil War the younger Fazende divided what had been agricultural land into lots and sold them to recently freed slaves. The black community was started by 1867, with the Battle Ground Baptist Church established on April 16, 1868.

The self-contained community had its own general stores, a one-room schoolhouse which taught first through eighth grades, two benevolent societies and the Battle Ground Baptist Church. The main street was Fazendeville Road, which ran from St. Bernard Highway to the River Road which formerly ran along the base of the Mississippi levee.

The community ended in 1964 when the St. Bernard Parish Government expropriated the rights to the land for expansion of the park around the battlefield site. More than 50 families were forced to relocate when the National Park Service obtained the land. Fazendeville Road was closed on 24 November 1964 and the demolition of Fazendeville was completed in 1966. Some of those families relocated to the Lower 9th Ward of New Orleans, and built a new “Battleground Baptist Church” there in 1964.

This model depicts the Fazendeville community before demolition in the early 1960’s. It was created for display in the National Park Services Chalmette Battlefield visitors center. The model was developed using black and white aerial and ground based survey photographs taken in the early 1960’s. The photographs were taken as part of a campaign to annex and remove the African American community. The model was 3D printed using durable plastic and designed to fit inside a travel case allowing for easy transportation for offsite educational outreach.  The travel case was constructed using 3D printed plastic components and wax sealed wooden panels. When displayed on the platform the model is 45″ wide, 7″ deep and 2.5″ tall.