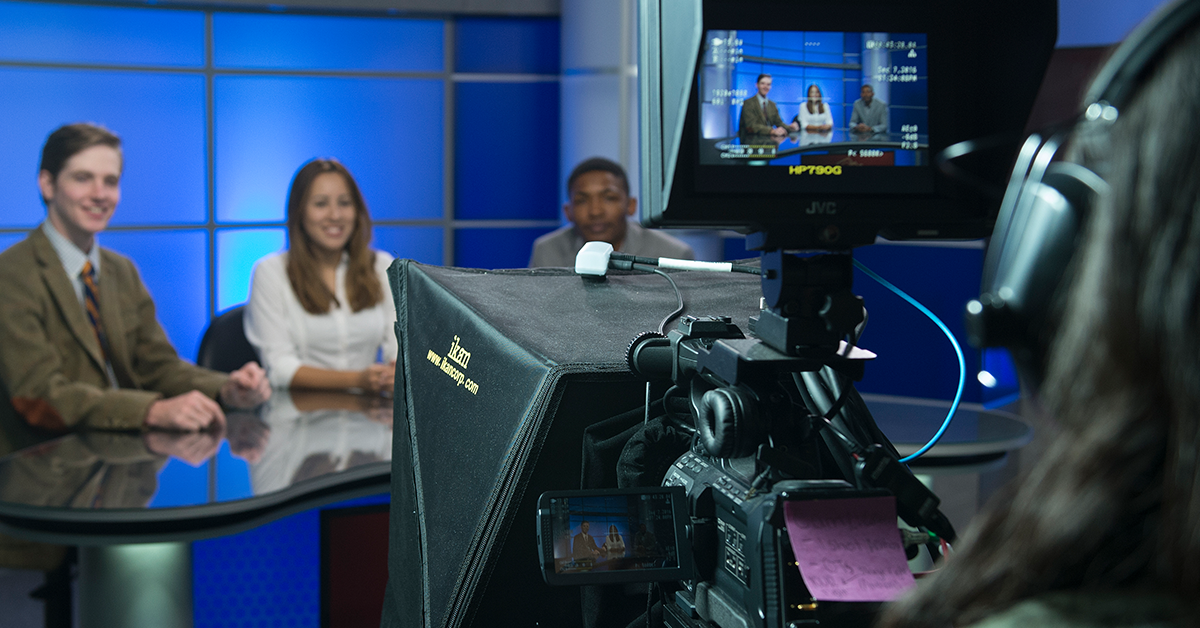 The new student laboratory on campus will bring producers from Gray Television stations around the nation to Loyola to help coach and educate aspiring producers, as well as give lectures on all aspects of production in the television broadcast industry.

“We’re living in a fast-moving digital age where the newsroom is changing rapidly and where journalists are facing increased demands to juggle responsibilities and produce important stories that serve their communities,” said Mike Smith, director of talent recruitment and retention for Gray Television. “Producers are the heart of a television station, and we recognize that some of the most crucial parts of their development start in the classroom. We’re excited to be training tomorrow’s newsroom leaders.”

For 10 consecutive weeks during the Spring 2019 semester, Gray Television will send one visiting professional per week to spend two days in classrooms and lab settings working with SMC journalism students. The 10 professionals will be producers drawn from 10 different markets around the country. They will address all aspects of the production of a newscast, from story generation to vetting sources and streaming news.The production incubator program will be integrated into the Senior Capstone experience, a mandatory semester class in which senior journalism students draw on the skills gleaned throughout their college experience to produce a professional weekly live broadcast.

In the Digital Communications Lab at Loyola, journalism students work on HD cameras to record live and taped interviews and shepherd them to post-production in a state-of-the-art television production studio and installation room.In the Digital Communications Lab, Loyola now has added capability of multi-channels of Skype-enabled live shots with a professional, broadcast quality. Students will use the new equipment to train for broadcasting live shots and interviews.

“At Loyola University New Orleans, we are training the newsroom leaders of tomorrow,” said Sonya Duhé, professor and director of the School of Mass Communication. “Through this partnership, we will continue to expand journalism students’ view of what is possible and what is critical in the newsrooms of tomorrow so that they enter the workforce personally and professionally prepared to succeed.”

“Through this partnership, we will continue to expand journalism students’ view of what is possible and what is critical in the newsrooms of tomorrow so that they enter the workforce personally and professionally prepared to succeed.”

“Content managers and producers in newsrooms around the country are recognizing a need for new tools and modes of storytelling, and the Loyola University New Orleans School of Mass Communication is well-equipped with talented faculty and state-of-the-art technology to ensure that journalism students stay ahead of the curve,” said Kern Maass, dean of the College of Music and Fine Arts at Loyola. “This exciting new partnership with Gray Television opens doors for Loyola students and faculty and we hope that our partners will learn as well as they work with us here on campus.”

“Our employees are very excited to introduce the latest tools and technologies in broadcasting and provide hands-on learning to the future leaders of the newsroom” said Mike Smith. “We at Gray believe this will also be a rewarding experience for our employees as they get to interact on a very organic level with students studying new media and have a meaningful impact on the careers of aspiring producers. Gray TV is committed to developing the next generation of journalists.”

Based in Atlanta, Gray Television is a publicly traded television broadcast company with television stations and digital assets in 57 markets in the United States as far west as Alaska and as far east as the tip of Maine.