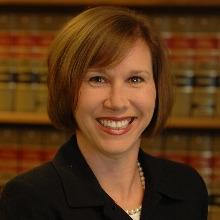 END_OF_DOCUMENT_TOKEN_TO_BE_REPLACED

Professor Varnado is the Kathryn Venturatos Lorio Professor of Law. She is the author of Louisiana Law of Persons: Cases and Readings and co-author of both Sale, Lease, and Advanced Obligations and Louisiana Law of Obligations. She has published articles on issues of family law and decedent’s estates and has presented her scholarship at professional conferences. Professor Varnado regularly teaches numerous civil law courses including Successions, Donations & Trusts, Obligations I, Obligations II, Civil Law of Persons, and Sales & Leases.  She has also taught Comparative Estate Law at the University of Vienna (as part of the Loyola study abroad program) and United States Family Law at the University of Silesia in Katowice, Poland.  She is heavily involved in Loyola’s Supplemental Bar Prep Program and is a lecturer for BARBRI. She has served on committees and on the Council of the Louisiana State Law Institute.

Prior to joining the faculty of the Loyola New Orleans College of Law, she clerked for the Honorable James L. Dennis of the United States Court of Appeals for the Fifth Circuit and thereafter, practiced law at Baker, Donelson, Bearman, Caldwell & Berkowitz, P.C., focusing her practice on construction law, labor and employment law, and commercial litigation.  In law school, she served as Articles Editor of Volume 66 of the Louisiana Law Review, was on the Chancellor’s List each semester of her studies, and received the CALI award in eleven classes; upon graduation, she was ranked second in her class and was inducted in to the Order of the Coif. Prior to her legal career, Professor Varnado taught high school social studies and English for eight and a half years in Mississippi and Louisiana.