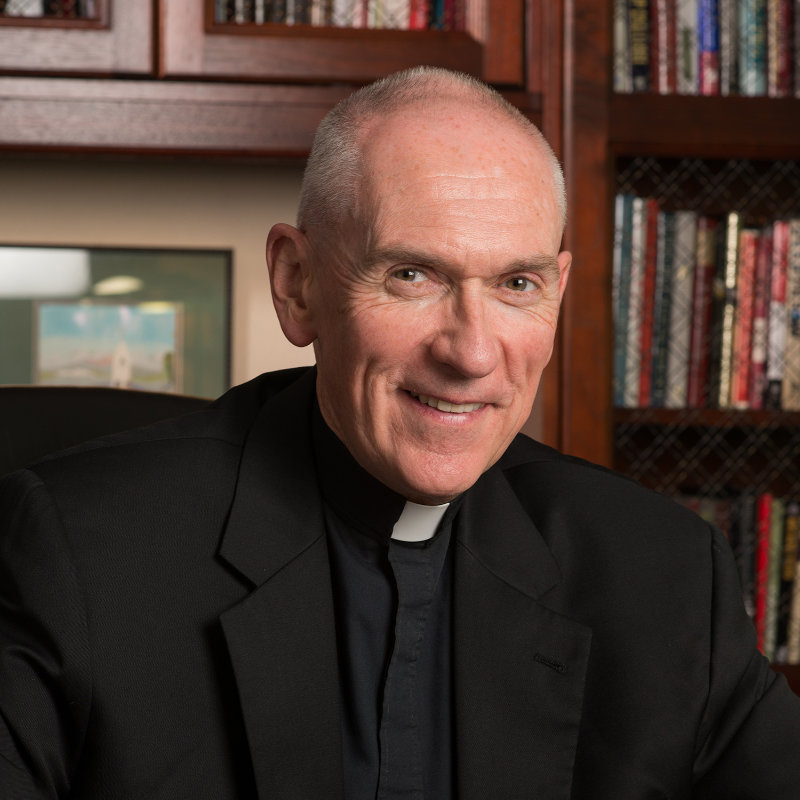 END_OF_DOCUMENT_TOKEN_TO_BE_REPLACED

The Rev. Thomas B. Curran, S.J., served as the 14th president of Rockhurst University, Kansas City, MO, for 16 years. (2006-2022). During that time, he led the University, with intentionality, about its Jesuit mission and values, demonstrated especially in its three strategic plans, two very successful campaigns, the acquisition of the Saint Luke’s College of Nursing and Health Sciences, and the establishment of a number of social justice initiatives including the Center for Financial Opportunity and the creation of the Companions of Chillicothe, offering an associate of arts degree in liberal studies for cohorts of incarcerated women and correctional facility staff.

He was ordained a Roman Catholic priest and was a member of the Oblates of Saint Francis de Sales. In late 2011, he entered a three year transitional period as part of the process to become a member of the “Least Society,” the Jesuits. In 2015, he made his final vows and was fully incorporated into the Society of Jesus.

Prior to serving at Rockhurst, he was an associate vice president for university relations and assistant to president of Regis University in Denver, CO. Before joining Regis, he was president of Salesianum School in Wilmington, DE, a private Catholic high school operated by the Oblates of Saint Francis de Sales. While in that role he was a founder of Nativity Preparatory School, a tuition free middle school for low-income boys. He also served as the school’s executive director.

In 2022, Rev. Thomas Greene, SJ, UCS provincial, appointed Curran as the Coordinator for the new established Jesuit Prison Education Network (JPEN). In this role coordinates the efforts of the province’s six schools of higher education around efforts in education, spirituality and re-entry.