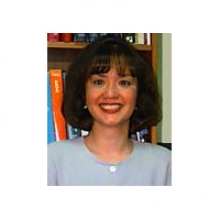 END_OF_DOCUMENT_TOKEN_TO_BE_REPLACED

Dr. Constance Mui is a Professor of Philosophy and holds the Rev. Scott Youree Watson, S.J., Distinguished Professorship in Arts and Sciences. She specializes in continental philosophy, and has published articles on phenomenology, Sartre, Strawson, Beauvoir, Marcel, the problem of embodiment, and feminist theory.

Dr. Mui’s professional service includes leadership positions in many organizations.  She has held several offices in the North American Sartre Society, and was president of the society in 2003 to 2005.  She served on the Diversity Committee of the Society of Phenomenology and Existential Philosophy from 2001 to 2005. Currently, she is president of the Central Division Sartre Circle, as well as Reviews Editor for the journal, Sartre Studies International.