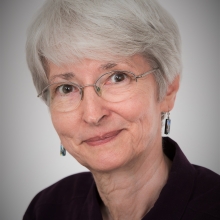 END_OF_DOCUMENT_TOKEN_TO_BE_REPLACED

Dr. Catherine Wessinger is the Rev. H. James Yamauchi, S.J. Professor of the History of Religions at Loyola University New Orleans. She is co-director of the Loyola Himalaya Adventure: Summer Study in Dharamsala, India program. She is director of the Religion and Media Minor.  Her primary research and teaching areas are women in religions, new religious movements, religion and media, and Tibetan and Indian religions. Her articles in journals and chapters in edited books include history of religions and theoretical treatments of women and religion, millennialism, new religious movements, and religion and violence.

Since 2000 Dr. Wessinger has served as co-general editor of Nova Religio: The Journal of Alternative and Emergent Religions published by University of California Press.

Dr. Wessinger is editor of the Women in Religions series at New York University Press.

Dr. Wessinger has published ten books. She is the author of Annie Besant and Progressive Millennialism (1988); and How the Millennium Comes Violently: From Jonestown to Heaven’s Gate (2000). She is editor of Women's Leadership in Marginal Religions: Explorations Outside the Mainstream (1993); Religious Institutions and Women's Leadership: New Roles Inside the Mainstream (1996); Millennialism, Persecution, and Violence: Historical Cases (2000); and Oxford Handbook of Millennialism (2011). Her oral history project with surviving Branch Davidians produced three autobiographies, which she edited: Memories of the Branch Davidians: Autobiography of David Koresh's Mother, by Bonnie Haldeman (2007); When They Were Mine: Memoirs of a Branch Davidian Wife and Mother, by Sheila Martin (2009); A Journey to Waco: Autobiography of a Branch Davidian, by Clive Doyle with Catherine Wessinger and Matthew D. Wittmer.  This oral history project has continued on her YouTube channel. Her most recent book is Theory of Women in Religions (2020)