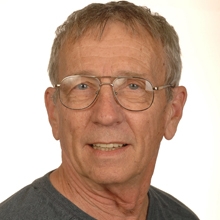 END_OF_DOCUMENT_TOKEN_TO_BE_REPLACED

My research interests center on general relativity and related mathematical problems and quantum theory and its interaction with the physics  of space-time. In addition to NSF grants, I was the 1998 Recipient of Humboldt Senior Research award, (approximately $50000).

My PhD thesis and early work  in collaboration with Robert Dicke, led to a scalar-tensor modification of standard Einstein theory generally now known as Jordan-Brans-Dicke theory. Experimentation in the 1960’s and 1970’s, indicate that parameters of this theory must be such as to distinguish it only insignificantly from standard Einstein theory in the solar system context.  However, recent speculations resulting from superstring theory and from cosmology have led to a re-awakening of interests in the possibility of an additional universally coupled scalar field under the guise of the dilaton and/or inflaton. Consequently I have revisited the role of scalar fields in general relativity, especially in relation to the question of positive energy wormholes. In the 1960’s and 1970’s I developed a complete and effective invariant classification of four dimensional Ricci flat geometries, a type of post-Petrov approach. I also published some work on exact vacuum metrics. I have also been interested in questions related to the true operational significance of Bell’s theorem and the foundations of quantum interpretation. From about 1995 to the present (2009), my primary current research efforts have been in the study of applications of exotic (non-standard) differential structures on R4 and other topologically simple manifolds to the spacetime models necessary for physics. I have published several papers on this, and am now working with Duane Randall (Loyola), and Torsten Asselmeyer (Berlin) in this area. Torsten and I have co-authored a research monograph surveying  these new developments in differential topology and their relationship to physics. The book, intended for both physicists and  mathematicians, has been published in January, 2007, as Exotic Smoothness and Physics: Differential Topology and Spacetime Models, World Scientific Press.