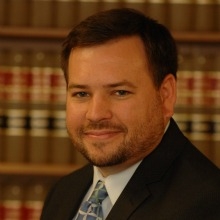 END_OF_DOCUMENT_TOKEN_TO_BE_REPLACED

He is licensed to practice law before the U.S. Supreme Court, the U.S. Court of Appeals for the Fifth Circuit, the U.S. District Courts for the Northern & Southern Districts of Mississippi, and all state courts in Alabama and Mississippi. Before coming to Loyola University New Orleans Professor Barnes was the Research, Instructional Services, and Circulation Librarian at Mississippi College School of Law.