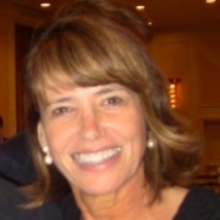 END_OF_DOCUMENT_TOKEN_TO_BE_REPLACED

Virginia Boulet is an attorney and a Director at CenturyLink, Inc., the nation's third largest telecommunications company.  Boulet also works as the Managing Director of Legacy Capital, LLC, a Metairie, Louisiana based investment banking firm.  Boulet teaches Securities Law at Loyola University  and is a frequent lecturer on corporate, securities and banking law issues in Louisiana, Texas, Alabama and New York City.   She has also drafted corporate, securities and banking legislation in Louisiana, including the Interstate Banking Law, the Louisiana Control Share Acquisition Statute and numerous changes to the Louisiana Business Corporation Law.

Boulet has practiced corporate, securities and banking law since 1983. For ten years, she worked as an associate, and then partner at Jones Walker, LLP. Then, for ten years, headed the corporate law section of Phelps Dunbar, LLP. Then, for another ten years, worked as Special Counsel to Adams & Reese, LLP.  Boulet was lead counsel in public offerings of securities, including initial public offerings that raised billions of dollars for clients in the banking, oil and gas, pharmaceutical and telecommunications industries. She has also served as lead counsel on numerous mergers and acquisitions of public and private companies.