Loyola is continuing online operations while we prepare for reopening safely in the fall. Coronavirus resources 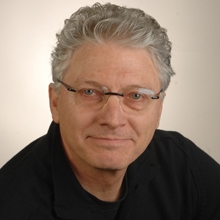 END_OF_DOCUMENT_TOKEN_TO_BE_REPLACED

John Biguenet is the author of Oyster, a novel, and The Torturer's Apprentice: Stories, published by Ecco/HarperCollins in the U.S. and by Orion Books in the U.K. His fiction is published in Hebrew translation by Matar Publishing Company in Tel Aviv, in French translation by Éditions Albin Michel in Paris, and in Dutch translation by Uitgeverij Ailantus in Amsterdam. Among his other books are Foreign Fictions (Random House), two volumes on literary translation (The University of Chicago Press), and Strange Harbors, an anthology of international literature in translation (Center for the Art of Translation). Biguenet’s radio play Wundmale, which premiered on Westdeutscher Rundfunk, Germany's largest radio network, was rebroadcast by Österreichischer Rundfunk, the Austrian national radio and television network.

Having served twice as president of the American Literary Translators Association and as writer-in-residence at various universities, he is currently the Robert Hunter Distinguished University Professor at Loyola University New Orleans. Named its first guest columnist by The New York Times, Biguenet has chronicled in both columns and videos his return to New Orleans after its catastrophic flooding and the efforts to rebuild the city: <http://biguenet.blogs.nytimes.com/>.