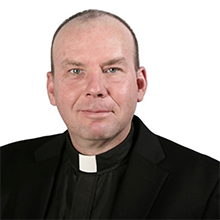 END_OF_DOCUMENT_TOKEN_TO_BE_REPLACED

His training in Physics began with a B.S. in Physics from Pennsylvania State University (1983). After earning a Ph.D. in Particle Physics from the University of Notre Dame (1991) where he studied the lifetime of charm-quark particles at Fermi National Laboratory (Fermilab, Batavia, IL), he was a post-doctoral research associate at Fermilab on the Colliding Detector (CDF) experiment (1991 – 1993). At CDF, he studied heavy quark physics, researching bottom-quark states. CDF was successful in identifying the sixth quark, top, in 1995.

In 2006 Cunningham joined a research group at Argonne National Laboratory (Lemont, IL) that was researching Type Ia supernovae. These supernovae are being studied to gauge the expansion of the universe. He worked with this group in simulating supernovae data that was contaminated with core collapse supernovae. With this research group, he also studied the use of television signals to detect high energy cosmic rays. While at Argonne he also worked with the TRICE (Tracking & Imaging Cerenkov) Detector group to also detect and understand cosmic rays.