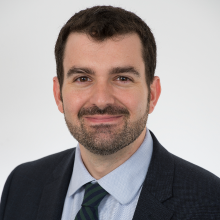 END_OF_DOCUMENT_TOKEN_TO_BE_REPLACED

Felipe Massa joined the Loyola College of Business in 2012 after having received his Master’s Degree and Ph.D. in Organization Studies from Boston College and garnering several years of experience in the banking, software and translation industries. He teaches entrepreneurship, organizational behavior, and new venture consulting to undergraduate and graduate students. He also teaches two of the intensive M.B.A. immersion weeks: Venture Week and Career Management Week.

His research investigates the formation of innovative entities, practices, and ideas in diverse settings, including online communities and cultural industries such as architecture and winemaking. He examines efforts by change agents to transpose and adapt old concepts, to associate previously unrelated ideas, and to balance the groundbreaking with the appropriate in the conception of novel organizations and ideas. In doing so, he systematically unveils the processes and mechanisms that drive and sustain entrepreneurial behavior. His work has appeared in various prestigious outlets, including the Academy of Management Journal, Organization Science, Organization Studies, Journal of Business Ethics, among other leading publications. Dr. Massa was a recipient of the 2013 Faculty Outstanding Research Award for his innovative work.

Dr. Massa has also contributed his time and expertise to the university and the local community. He is a founding faculty member and active contributor to the Loyola Center for Entrepreneurship and Community Development – an entity tasked with making Loyola a regional leader in entrepreneurship education through the support of stakeholder engagement in entrepreneurial activities, as well as through the creation of innovative programs that enrich the local entrepreneurial ecosystem. He has been nominated to the Silicon Bayou 100, a list of the 100 most influential and active people in technology and entrepreneurship in Louisiana several times (2013, 2014, 2015). He is also the recipient of the 2014 Faculty Service Award for his work advancing entrepreneurship. In recognition of his years of service advancing entrepreneurship in the community, he was awarded the University Senate’s Community Engagement Award (2016). Finally, Dr. Massa was recently honored as the inaugural holder of the Thomas H. and Catherine B. Kloor Distinguished Professorship in Entrepreneurship.