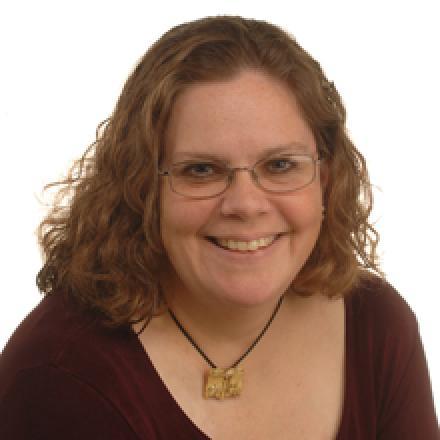 END_OF_DOCUMENT_TOKEN_TO_BE_REPLACED

M.M., University of Texas at Austin

Before coming to Loyola in 2000, Alice Clark taught at the University of Notre Dame, Ohio State University, Pennsylvania State University, and the University of Wisconsin Oshkosh; she also taught at the University of Texas at Austin during the Katrina semester.  At Loyola she teaches mostly courses for music majors, including a survey of western art music from antiquity through the baroque era and an annual seminar on opera, with topics ranging from the works of Mozart to Shakespeare and opera.  She also regularly teaches a course on the twelfth-century abbess and visionary Hildegard of Bingen, her works, and her world in the Common Curriculum, and she is planning a future course on issues of gender, race, and class as expressed in opera.  This spring she will lead a seminar for the Honors Program focusing on music, the arts, and intellectual life in twelfth- and thirteenth-century France.

Dr. Clark’s scholarship focuses on late-medieval music, especially aspects of the motet in fourteenth-century France, and her work in that area has appeared in journals such as Plainsong and Medieval Music and the Journal of Musicology, as well as essay collections such as Fauvel Studies:  Allegory, Chronicle, Music, and Image in Paris, Bibliothèque Nationale de France, MS Français 146 and Citation and Authority in Medieval and Renaissance Musical Culture:  Learning from the Learned.  Her article on the medieval motet for the On-Line Reference Book for Medieval Studies can be found at http://the-orb.net/encyclop/culture/music/clarkmotet.html .  She has also given papers at meetings of the American Musicological Society, the International Musicological Society, the International Medieval Society (Paris), the International Symposium on Late Medieval and Early Renaissance Music (Novacella, Italy), and other conferences in the U. S. and Europe.  Among her current projects is an article on the fourteenth-century motet for the Cambridge History of Medieval Music.

She has served as a member of the American Musicological Society Council and as a moderator for the Society’s e-mail discussion list; she is also a past president of the International Machaut Society and currently serves as that organization’s webmaster.  Her performance experience has included work with members of Pomerium and with early music ensembles at the Oberlin Baroque Performance Institute, Ohio State University, Princeton University, and the University of Texas at Austin.

Dr. Clark’s scholarship and teaching are particularly concerned with how music works in culture, whether in a medieval cathedral or a twentieth-century opera house.  She is also interested in how the study of music fits into a liberal education in the Jesuit tradition, and she emphasizes that a student who earns a music degree with a good liberal-arts component such as that available at Loyola can pursue a career in just about any field.  Her advisees have gone to medical school, law school, and graduate school in fields such as history, philosophy, psychology, divinity, and library science, as well as one who entered military service—and, yes, she has worked with students who are pursuing careers in music.  She would be glad to discuss with any prospective student or parent how a Loyola music degree can serve musical or non-musical goals.